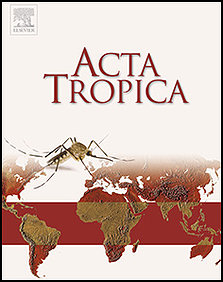 West Nile fever is an emergent disease in Europe. The objective of this study was to conduct a predictive risk mapping of West Nile Virus (WNV) circulation in Spain based on historical data of WNV circulation. Areas of Spain with evidence of WNV circulation were mapped based on data from notifications to the surveillance systems and a literature review. A logistic regression-based spatial model was used to assess the probability of WNV circulation. Data were analyzed at municipality level. Mean temperatures of the period from June to October, presence of wetlands and presence of Special Protection Areas for birds were considered as potential predictors. Two predictors of WNV circulation were identified: higher temperature [adjusted odds ratio (AOR) 2.07, 95% CI 1.82–2.35, p < 0.01] and presence of wetlands (3.37, 95% CI 1.89–5.99, p < 0.01). Model validations indicated good predictions: area under the ROC curve was 0.895 (95% CI 0.870–0.919) for internal validation and 0.895 (95% CI 0.840–0.951) for external validation. This model could support improvements of WNV risk- based surveillance in Spain. The importance of a comprehensive surveillance for WNF, including human, animal and potential vectors is highlighted, which could additionally result in model refinements.