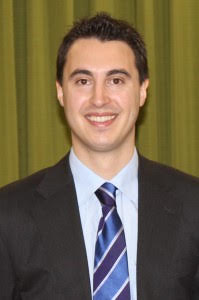 Born in Murcia, Spain, Fernando graduated in Veterinary Science from the University of Murcia in 2005. He spent seven months doing a training stay in Epidemiology and Preventive Veterinary Medicine in the Animal Health Department of the Complutense University of Madrid (UCM) during 2006. Fernando spent the next four years in the Animal Research and Technology Center of Valencia (CITA-IVIA) to undertake a PhD developing epidemiological models to analyse the risk of entry of highly pathogenic avian influenza virus and Newcastle disease virus into Spain. In 2009, during his PhD, Fernando spent 3 months in the Veterinary Clinical Sciences Department of the Royal Veterinary College (RVC), University of London, working in the European project: “Evaluating and Controlling the Risk of African Swine Fever in the European Union (ASFRISK)”.

He obtained a PhD in Veterinary Sciences with European Mention from the Complutense University of Madrid in 2010. Between January 2011 and March 2013 Fernando worked as a post-doc in the group led by Prof. Jose Manuel Sánchez-Vizcaíno, which belongs to the VISAVET group of the Complutense University of Madrid (UCM) and holds the OIE-reference labs for African Swine Fever and African Horse Sickness. His main research has been focused on the application of qualitative and quantitative epidemiological methods such as risk analysis, cluster analysis, social network analysis and risk mapping for the prevention of the potential entrance, spread and control of transboundary diseases as avian influenza, Newcastle disease, African swine fever, classical swine fever and Rift Valley fever into Spain and the European countries. He has also been working as Assistant Professor of Veterinary Epidemiology in the University Cardenal Herrera-CEU of Valencia for last two years. Currently, looking for new exciting challenges he has obtained a position as Epidemiologist in the SAVSNET team at the University of Liverpool.