Good and bad get together: Inactivation of SARS-CoV-2 in particulate matter pollution from different fuels 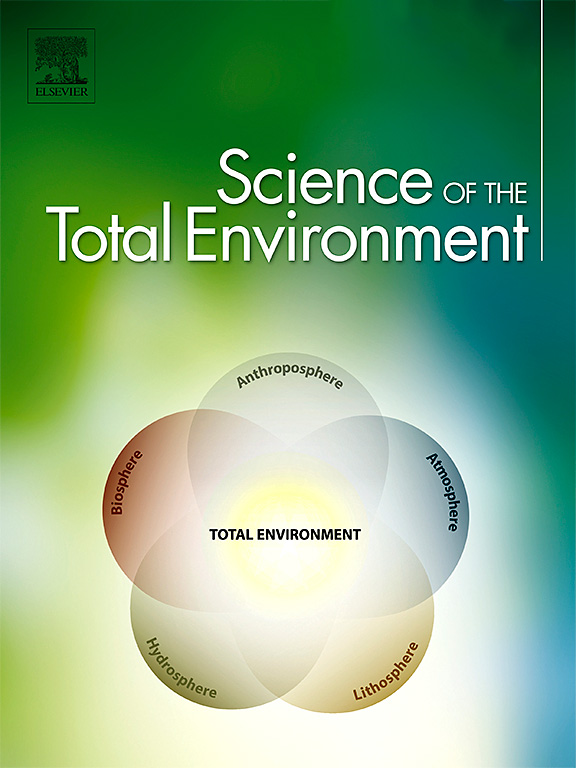 Resumen: Air pollution and associated particulate matter (PM) affect environmental and human health worldwide. The intense vehicle usage and the high population density in urban areas are the main causes of this public health impact. Epidemiological studies have provided evidence on the effect of air pollution on airborne SARS-CoV-2 transmission and COVID-19 disease prevalence and symptomatology. However, the causal relationship between air pollution and COVID-19 is still under investigation. Based on these results, the question addressed in this study was how long SARS-CoV-2 survives on the surface of PM from different origin to evaluate the relationship between fuel and atmospheric pollution and virus transmission risk. The persistence and viability of SARS-CoV-2 virus was characterized in 5 engine exhaust PM and 4 samples of atmospheric PM10. The results showed that SARS-CoV-2 remains on the surface of PM10 from air pollutants but interaction with engine exhaust PM inactivates the virus. Consequently, atmospheric PM10 levels may increase SARS-CoV-2 transmission risk thus supporting a causal relationship between these factors. Furthermore, the relationship of pollution PM and particularly engine exhaust PM with virus transmission risk and COVID-19 is also affected by the impact of these pollutants on host oxidative stress and immunity. Therefore, although fuel PM inactivates SARS-CoV-2, the conclusion of the study is that both atmospheric and engine exhaust PM negatively impact human health with implications for COVID-19 and other diseases. 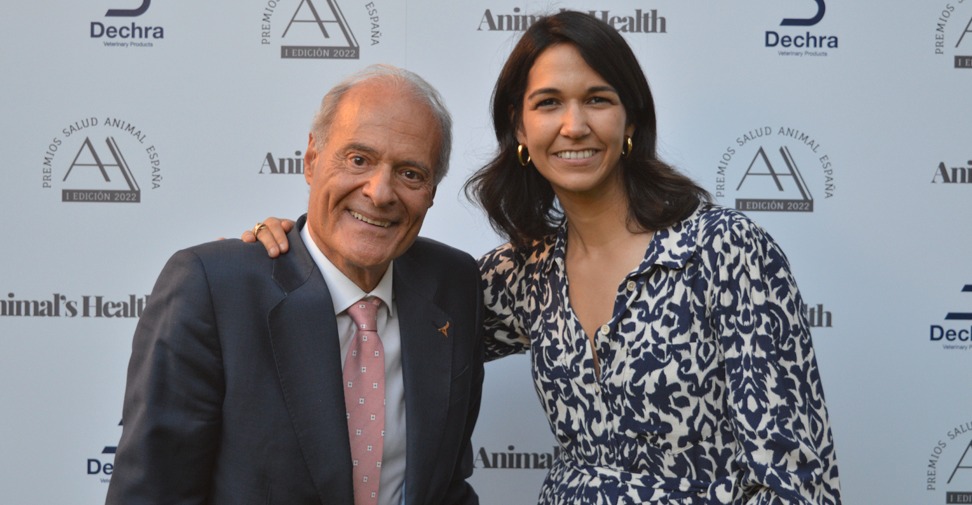 Resumen: African swine fever (ASF) is a highly lethal infectious disease in naïve populations of domestic pigs and wild boar. In Asia, from the first outbreak in August 2018 until the end of November 2021, ASF has been reported in Asian countries. The ASF virus (ASFV) circulation in domestic pigs is considered the main problem in Asia. On the other hand, there are very few reports of ASF in wild boar. However, considering the high wild boar density within the same area of backyard domestic pig farms in Asia, the occurrence of ASFV infection in wild boar may be underestimated. The role of the wild boar in other ASF epidemiological scenarios, such as Europe, is key for the maintenance and transmission of the disease. Hence, we performed a preliminary study estimating the extent of ASFV infection in the Asian wild boar population. The potential risk area of ASF infected wild boar was calculated based on the habitat suitability for wild boar, the kernel density of ASF notification in backyard farms and wild boar, and the ASFV transmission rate of wild boar. As a result of the analysis, high, medium, and low-risk areas were identified throughout southeast and east Asia. The highest risk area was detected in China, followed by Myanmar, far east Russia, Thailand, Vietnam, Laos, Cambodia, and the Philippines. This study shows hot spots where a high risk of infection in wild boar is most likely to occur, helping to control ASF.

Resumen: Natural and experimental SARS-CoV-2 infection in pets has been widely evidenced since the beginning of the COVID-19 pandemic. Among the numerous affected animals, cats are one of the most susceptible species. However, little is known about viral pathogenicity and transmissibility in the case of variants of concern (VOCs) in animal hosts, such as the B.1.617.2 (Delta) variant first detected in India. Here, we have identified the B.1.617.2 (Delta) VOC in a cat living with a COVID-19 positive owner. The animal presented mild symptoms (sneezing) and a high viral load was detected in the oropharyngeal swab, suggesting that an active infection was occurring in the upper respiratory tract of the cat. Transmission from the owner to the cat occurred despite the human being fully vaccinated against SARS-CoV-2. This study documents the first detection of B.1.165.2 VOC in a cat in Spain and emphasizes the importance of performing active surveillance and genomic investigation on infected animals. 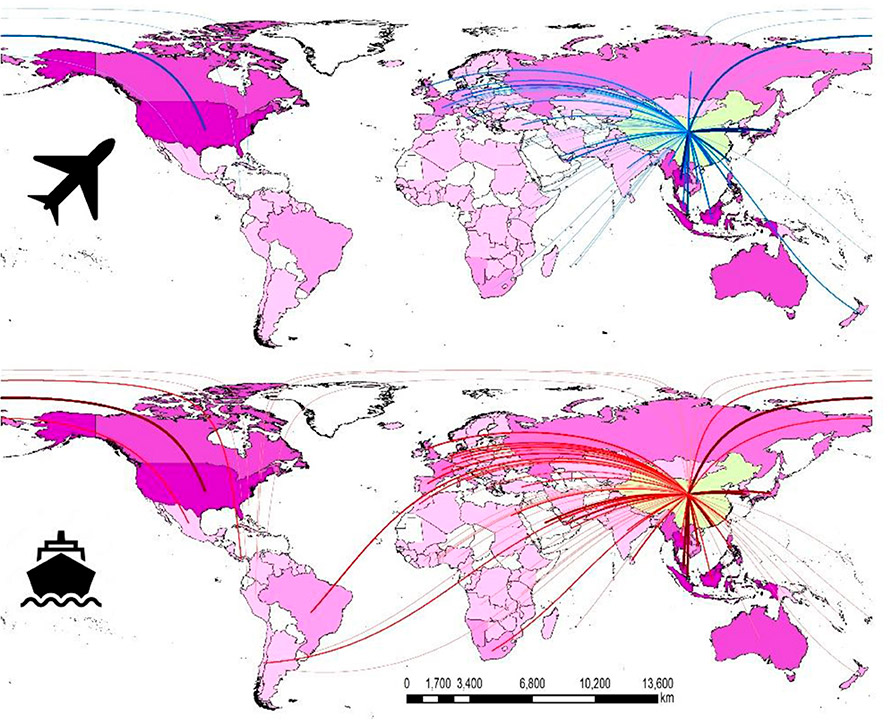 Resumen: African swine fever (ASF) is one of the most critical diseases in the pig industry. In Asia, 15 countries have already reported an outbreak as of November 22, 2021. In 2021, China reported the genotype II lower virulent ASF virus (ASFV) and the emergence of genotype I ASFV. ASF is generally known as a contagious and lethal disease, but if chronic infection spreads, then disease control would be more difficult. In the current study, we highlighted the possibility of lower virulent virus distribution throughout China and the subsequent general risk of the virus being released from the country. The kernel density estimation showed that the two highest kernel density areas of ASF notification were located in Northeast and Midwest China. Four of the five provinces where lower virulent ASFV was isolated overlapped with areas of relatively high ASF notification density. In terms of the risk of ASFV spreading from China, eight of the 10 largest airports and three of the 10 largest seaports are located in areas of relatively high ASF notification density. There were flight flow from China to 67 countries and ship flow to 81 countries. Asia had the highest flight flow, followed by Europe, North America, Africa, and Oceania. The highest number of ship flows was also concentrated in Asia, but about 10% of ships head to Africa and South America. Chinese overseas residents were distributed in each continent in proportion to these results. Here, we highlight the potential risk of ASFV spread from China to the world. 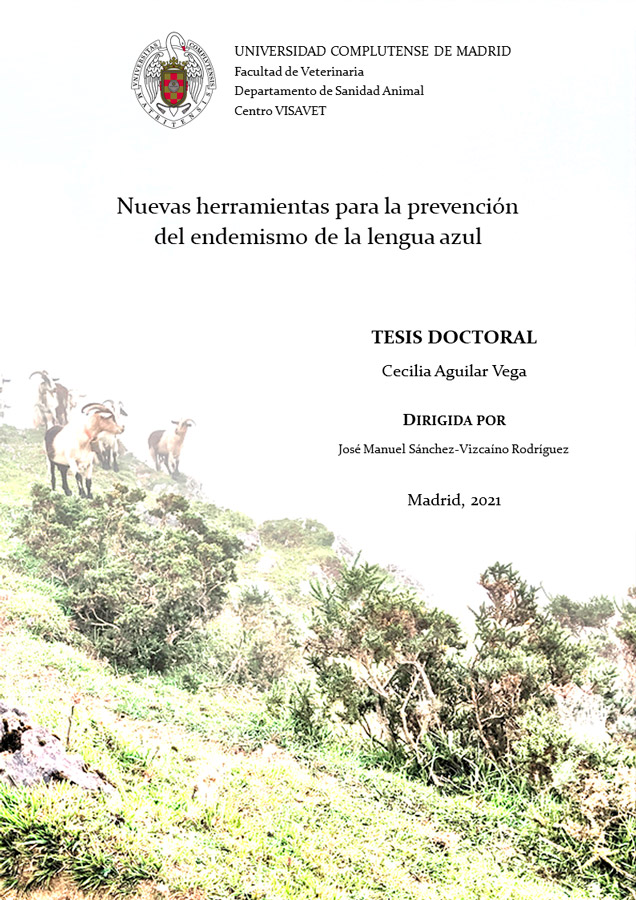