This Thursday, May 26 has been presented the project: Marine Animal Health.

The general director of the City of Arts and Sciences, Pedro GarciaRibot, the head of Veterinary Oceanogràfic, Daniel Garcia, and director of the Reference Laboratory of the Organization for Animal Health (OIE) of the Universidad Complutense, José ManuelSánchez-Vizcaíno, present the project  "Marine Animal Health",initiated by both entities.

More information about this project of Marine Animal Health. 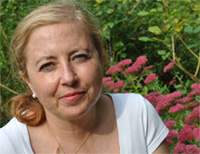 On April 16th our dear friend Isabel passed away in the Bordet Institute of Brussels after a long struggle against cancer. Isabel died as she lived, working and fighting until the last moment for European research in animal health.

Isabel was a remarkable person of immense generosity, extraordinary manners  and great passion. With her death, we lose a strong advocate for European research.  For over 15 years, she acted as a major bridge within the scientific community linking different European research teams and establishing connections with scientists from America, Asia and Africa.  She helped to improve the  level of European veterinary science by creating a strong European network of veterinary scientists in a very competitive environment. She was an enthusiastic supporter of the “One Health” vision and of the role of the veterinary profession in fighting neglected diseases and poverty.

All who had the fortune to meet and work with her are deeply saddened by her passing .We have lost an excellent professional and a great friend of animal health research. Isabel has been a tremendous example to veterinary scientists worldwide and a precious acquaintance for all who have been fortunate to work with her.

We have received numerous expressions of condolences from many countries around the world. All praise Isabel's excellent work to improve animal health research in Europe; her broad vision for the future to advance science; her ability to support the resolution of major health problems; her unconditional support of young researchers; her ability to build bridges of communication and cooperation with other research groups within and outside the European Union. Isabel was always ready to offer advice and help selflessly and generously to all who asked. We all agree that Isabel was, above all, a warm hearted and caring person who always demonstrated outstanding professionalism and dedication to her work.