The recognition of excellence is essential to improve the progress of our profession, its evolution and its quality, especially in a profession like ours, vocational and sacrificed as few.

Albéitar Awards recognize those who represent the different aspects dignify the profession, its scope, its importance and significance in it.

New in the media: ideal.es

The Andalusian Council of Official Associations of Veterinarians (CACV) has awarded this year's 2012 Albeitar prize in the scientific category to José Manuel Sánchez-Vizcaíno. This is the second edition of these awards, whose purpose is to recognize the work carried out by people and institutions in favor of the development and improvement of the exercise of the veterinary profession and are granted to the Scientific, Disclosure and Institutional categories.

The award ceremony will take place on March 6 at the headquarters of the Rector of Granada.

On 15th January 2013, Spain has proceeded to declared itself free of serotype 8 of bluetongue virus, since the region of Campo de Gibraltar (Cadiz) satisfy the health requirements to achieve this health status. This fact has been achieved through proper control and eradication strategy based on vaccination and control of animal movements.

The serotype 8 of the bluetongue virus appeared for the first time in Spain in January 2008. The system of disease surveillance implemented in Spain allowed the early detection the entry of new serotype, and the implementation of rapid and effective control measures based on vaccination and movement control, achieved a limited spread.

This advance in the fight against BTV relaxes restrictions on exports of cattle, sheep and goats from Spain. Highlight that currently in Europe only the islands of Corsica (France) and Sardinia (Italy) remain as restricted area for serotype 8. 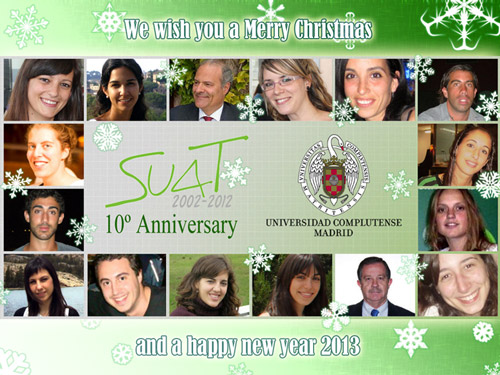