Abstract: African swine fever (ASF) is currently the most dangerous disease for the global pig industry, causing huge economic losses, due to the lack of effective vaccine or treatment. Only the early detection of ASF virus (ASFV) and proper biosecurity measures are effective to reduce the viral expansion. One of the most widely recognized risks as regards the introduction ASFV into a country is infected animals and contaminated livestock vehicles. In order to improve ASF surveillance, we have assessed the capacity for the detection and inactivation of ASFV genome by using Dry-Sponges (3 M) pre-hydrated with a new surfactant liquid. We sampled different surfaces in ASFV-contaminated facilities, including animal skins, and the results were compared to those obtained using a traditional sampling method. The surfactant liquid successfully inactivated the virus, while ASFV DNA was well preserved for the detection. This is an effective method to systematically recover ASFV DNA from different surfaces and skin, which has a key applied relevance in surveillance of vehicles transporting live animals and greatly improves animal welfare. This method provides an important basis for the detection of ASFV genome that can be assessed without the biosafety requirements of a BSL-3 laboratory at least in ASF-affected countries, which may substantially speed up the early detection of the pathogen. 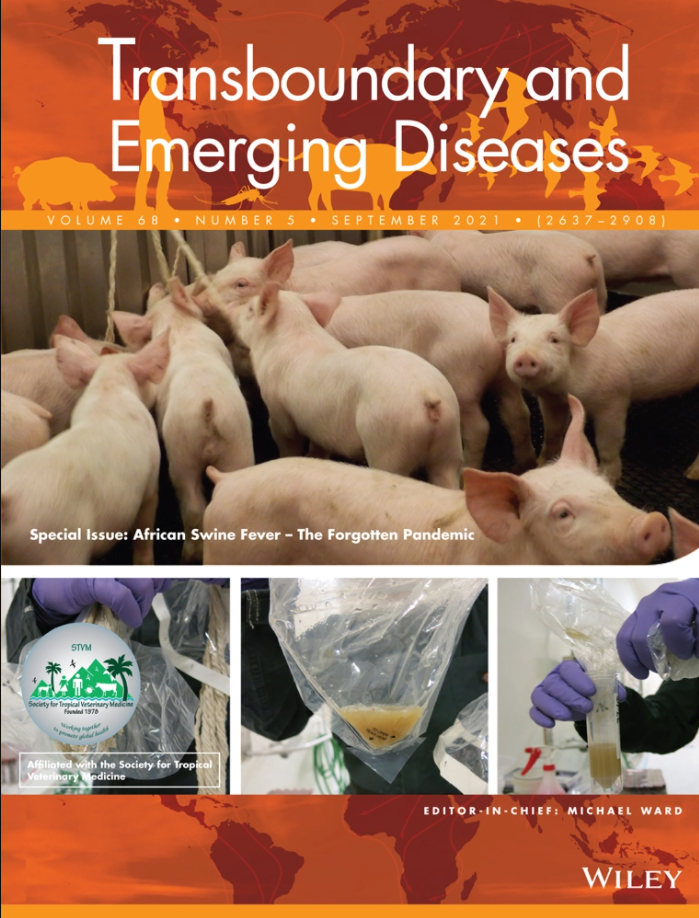 We published an interesting study on the serological prevalence of SARS-CoV-2 in cats and dogs in the Transboundary and Emerging Diseases journal.

The disease produced by the severe acute respiratory syndrome-related coronavirus 2 (SARS-CoV-2), is currently one of the primary concerns worldwide. Knowing the zoonotic origin of the disease and that several animal species, including dogs and cats, are susceptible to viral infection, it is critical to assess the relevance of pets in this pandemic. Here, we performed a large-scale study on SARS-CoV-2 serological and viral prevalence in cats and dogs in Spain in order to elucidate their role and susceptibility. Samples from animals in contact with COVID-19 positive people and/or compatible symptoms (n = 492), as well as from random animals (n = 1024), were taken. Despite the large number of animals analyzed, only 12 animals (eight dogs and four cats), which represents 0.79 % of the total analyzed animals (n = 1516), were positive for viral SARS-CoV-2 RNA detection by RT-qPCR, in which viral isolation was possible in four animals. We detected neutralizing antibodies in 34 animals, four of them also positive for PCR. This study evidences that pets are susceptible to SARS-CoV-2 infection in natural conditions but at a low level, as evidenced by the low percentage of positive animals detected, being infected humans the main source of infection. However, the inclusion of animals in the surveillance of COVID-19 is still recommended. 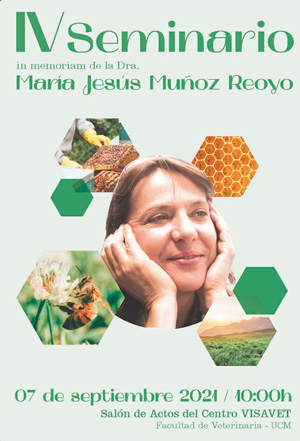 On September 7th, the IV Seminar in memoriam of Dra. Mª Jesús Muñoz Reoyo will be held at 10:00 am in the Assembly Hall of the VISAVET Health Surveillance Centre at the Faculty of Veterinary Medicine of the Complutense University of Madrid.

Its creation is a tribute in memoriam to Dr. María Jesús Muñoz Reoyo, a highly prestigious researcher who carried out numerous studies on bee health in the Department of Environmental Toxicology of the Animal Health Research Center (CISA) of the National Research Institute Agrarias (INIA), which started several lines of research that continue to this day.

The seminar will be attended by numerous specialists in the area of beekeeping and animal health.

Due to limited capacity, it is necessary to register in advance by contacting: This email address is being protected from spambots. You need JavaScript enabled to view it. 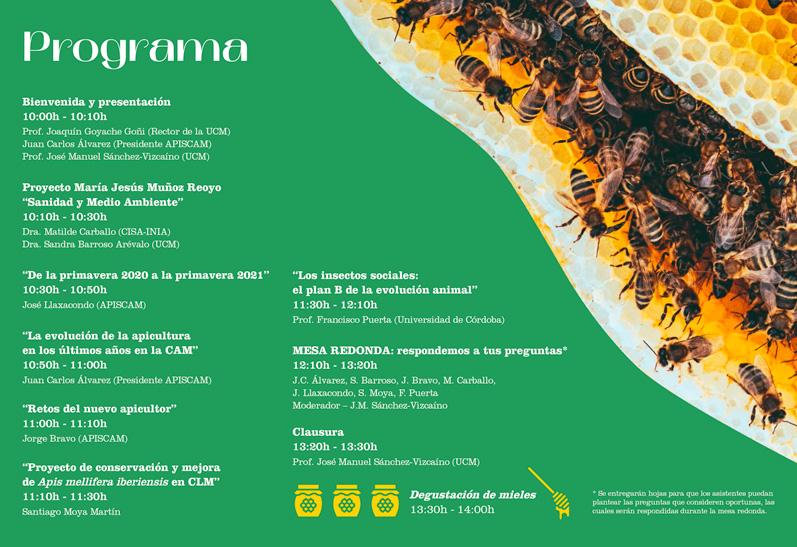 "ASF in the Dominican Republic is a risk for America, but let's not lose sight of Asia"

In an interview for PORCICULTURA.COM, Dr. José Manuel Sánchez-Vizcaíno said he was concerned about the situation of African Swine Fever in the Dominican Republic, however, he emphasized that prevention work is key, and added that the virus is circulating strongly from Asia.

Read the full interview at Porcicultura.com

First Detection of SARS-CoV-2 B.1.1.7 Variant of Concern in an Asymptomatic Dog in Spain

Abstract: Natural SARS-CoV-2 infection in pets has been widely documented during the last year. Although the majority of reports suggested that dogs’ susceptibility to the infection is low, little is known about viral pathogenicity and transmissibility in the case of variants of concern, such as B.1.1.7 in this species. Here, as part of a large-scale study on SARS-CoV-2 prevalence in pets in Spain, we have detected the B.1.1.7 variant of concern (VOC) in a dog whose owners were infected with SARS-CoV-2. The animal did not present any symptoms, but viral loads were high in the nasal and rectal swabs. In addition, viral isolation was possible from both swabs, demonstrating that the dog was shedding infectious virus. Seroconversion occurred 23 days after the first sampling. This study documents the first detection of B.1.1.7 VOC in a dog in Spain and emphasizes the importance of performing active surveillance and genomic investigation on infected animals.