This congress was held from 17 to 20 April 2019 in Svetlogorsk (Russia) and José Manuel Sánchez participates with the presentation: "Innovative tools for the diagnosis of infectious diseases in pigs" and in the panel discussion on African Swine Fever as an expert of the OIE.

MADR Meeting with a Spanish delegation on African Swine Fever

On April 3th, a Spanish delegation headed by Professor José Manuel Sánchez-Vizcaíno meets with the Minister of Agriculture of Romania to discuss the issue of the African Swine Fever.

Translation of the press release from the ministry:

On April 2nd in Bucharest took place at the conference "ANFNC - USSEC Conference on ASFF" in which Professor José Manuel Sánchez-Vizcaíno participated. The Romanian National TV made a video of the event. Here it is a fragment.

Next Thursday, March 28, Professor José Manuel Sánchez-Vizcaíno will participate in the Scientific Congress on African Swine Fever that will take place at the National Institute of Animal Health in Bangkok, Thailand.

Professor Sánchez-Vizcaíno travels to Beijing next Tuesday 26th, to participate in this international congress with the conferences entitled:

"Global situation of ASF" and "Control and eradication of ASF in different epidemiological scenarios".

Program of the conference 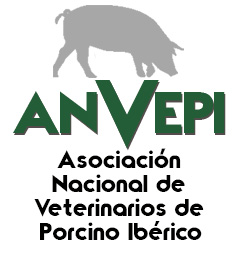 The National Association of Veterinarians of Iberian Pig organizes the 11th ANVEPI Forum on the 13th and 14th of March at the Casa Colón Complex Conference Center.

During the day, Professor Sánchez-Vizcaíno will participate in the round table entitled "Control tools in the African Swine Fever" along with Fernando Rodríguez González and Pedro José Sánchez-Cordón.